After the release of DEVONthink 3 for Mac and subsequent updates, which consumed quite a part of our energy for a while, we used the last few months to work on its mobile companion. Today we’re releasing DEVONthink To Go 3.0 as a new app with many new features and improvements as well as a modernized code base. (more) 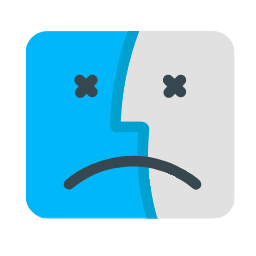 If you are a DEVONagent user and plan to upgrade to macOS Catalina we recommend that you wait a moment before you hit the Upgrade button. There’s a minor incompatibility that keeps the application’s splash screen from being closed. You can expect a free maintenance update for DEVONagent that addresses this issue later this month. (more)

End of April we released the first public beta of DEVONthink 3. Since then we published seven betas and received a lot of exciting feedback (as well as many less exciting bug reports). We used the time to iron out many of the unevennesses that accompany every major product upgrade and to fix the issues that you and we encountered. Today we finally released DEVONthink 3.0 officially. (more)

macOS Catalina is going into a new round of public beta testing and is expected to arrive for everyone this autumn. It brings changes to iTunes, Find My Friends, and Reminders, but also a lot of modifications to the underpinnings. One of these (almost) invisible changes is the end of support for 32-bit applications. You might have already been notified by your Mac about applications that need an update. (more)

After the first and second public beta of DEVONthink 3 with its hundreds of new features and improvements we have today released the third beta. It brings another wave of enhancements and fixes. (more)

Four weeks ago we’ve released the first public beta of DEVONthink 3 with hundreds of new features and improvements. Today it’s being followed by the second public beta. With the helpful input from our intrepid testers it brings a wealth of additions, changes, and fixes. (more)

After the recent relaunches of our user community and our website some people have suspected that there is — in true Apple tradition — one more thing. And they were absolutely right, of course. Today we released DEVONthink 3.0 Public Beta with, quite literally, hundreds of new features and improvements. (more)

Follow us on Mastodon or Instagram, subscribe to the RSS feed of this blog, or let us send you our free newsletter from time to time:

By using our site, you acknowledge that you have read and understand our Cookie Policy and our Imprint.
Eric Criss DEVONtechnologies