Within the past few months, a forum participant who goes by the handle @PixelTracker posted some useful DEVONthink scripts in the Automation section of our forums. A more recent set of scripts appeared on the forums and his blog, prompting us to ask, “Who is this person writing these scripts?” So we invited him to share some thoughts with us and all of you. (more)

A few weeks ago, we were contacted by Gerald Koeder, the developer of the beautiful Mac app utility Start that not only allows you to launch applications and open files, but also supports DEVONthink’s item links. We responded in appreciation and he graciously accepted our request for an interview for our blog. Read on… (more)

Avigail Oren and Ada Barlatt created the great DEVONthink for Historians online course. No wonder this caught our attention and we wanted to find out more about how it happened. (more)

A very special Christmas present for us was a customer support email that we received just before the holidays. It came from our user Sam Ginsberg in Australia who just turned 98. Sam became our customer in 2010 when he was 89 years old and wanted to use DEVONthink to go paperless. No wonder we became curious and asked him if we could share a little bit of his amazing life story. And here it is. (more)

I am a medical doctor working in the field of psychotherapy. My main business is educating professionals to become systemic family therapists, counselors and supervisors. (more)

My main themes in things photography are people and their relationship to their urban area. I’m influenced by Japanese photographers from the so-called ‘Provoke’ period. (more) 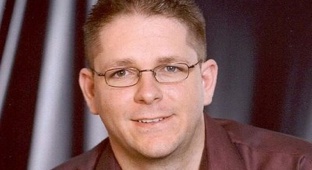 I had the cool chance to meet Science Fiction and Fantasy novel writer Tobias Buckell, who is also a heavy-duty user of DEVONthink. He’s originally born in the Caribbean but now living in the USA. He published his first story in Science Fiction Age magazine in early 2000 and has sold about 20 short stories to anthologies and magazines. In 2005, Tobias’ new novel “Crystal Rain” and his story collection “Tides From The New Worlds” are due to come out. (more)

The following are some thoughts on what I think could be added to or improved in DEVONthink Pro Office (DTPO) or DEVONthink To Go (DTTG2). From this series of blog posts you will have guessed that I am a big fan of this software. It has genuinely made life so much easier for me (especially academically) and even after a good few months of daily use, some of the features I come across still surprise and delight with their simplicity and logical manner! Still, anyone using a piece of software to this extent will occasionally think ‘I wish it did this’ or ‘wouldn’t it be good if’, so here is my collection of those moments. (more)

In this post I want to detail some of the ideas I’ve only touched on previously, and show how these have really changed my workflows. So far my posts have been quite general, and some further detail in areas may be beneficial. The main things I want to talk about are the DEVONthink Pro Office (DTPO) artifical intelligence (AI) and using DTPO as a basic wiki/outliner for larger projects. (more)

I wanted to make this post very much an ‘examples of use’ text rather than just listing the features in the app or talking about the sync — again there is a comprehensive manual and many associated articles that do that. I also wanted to preface it with the fact that for me, the main usage for the app is capturing information whilst away from my Mac, and recalling pieces of information that just won’t wait. (more)